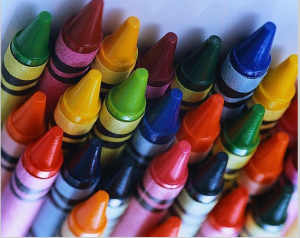 “Was she black?” my 10 year-old daughter leaned in and whispered as we walked toward the car.

I was puzzled for a second. Then I noticed her eyes advert to her 7-year-old sister, who was skipping a few feet ahead—a clear signal that it was safe to answer because she was out of earshot.

Then it hit me. She was talking about Sandra Bland. She must have overheard me discussing the case on the phone moments before leaving the house.

But I wasn’t sure.

“The woman that died after being pulled over. Was she black?”

“I figured,” she said in a huff then ran to catch up with her sister.

I knew I had to come back to this. My daughter is blossoming both mentally and physically, and now I had to figure out how to discuss this recent spate of cops killing black people.

As we drove, I contemplated how far I would travel down the rabbit hole. Police and black America is a sensitive subject.

My mind turned to a conversation I had recently with a friend, who agreed that what had happened to Sandra Bland was wrong, but still asked, “Why didn’t she just humble herself and put out the cigarette?”

I knew the answer to my friend’s question when I heard Sandra Bland’s mother, Geneva Reed-Veal, describe her daughter as “sassy, intelligent, and knew her rights.”

Sassy and intelligent are two words often used to describe my youngest daughter. She is bold and uninhibited. She’s not afraid to ask questions and talk about topics that would make other kids embarrassed. Her fighting spirit wouldn’t dream of backing down, especially if she feels she’s been wronged. Fittingly, she’s passionate about karate and chess. She wants to win.

Other mothers admire her spunk. Teachers’ eyes brighten when they tell me “not to break her spirit.”
I am raising my daughter to be free and empowered. Both of them. I want them to express their thoughts and feelings openly. I want my girls to be confident in the world too and feel comfortable talking to me about everything and anything.

But when you’re raising kids of color, things aren’t that easy. Could their “blackness”  or “otherness” make them fall victim to police brutality like Sandra Bland?

I can imagine my youngest daughter being irritated over a traffic stop for failing to flip her turn signal. I can envision her temper rising because she knows her rights and that her tax dollars pay the policeman’s salary. She would, in turn, feels it’s his duty to look out for her rights—not abuse them.

Like Sandra Bland, my daughter was not raised to shrink.

She would be unable to detect the potential danger of bruising his ego by not recognizing his “authority.” And he wouldn’t see past the brownness of her skin and the perceived entitlement in her voice.

She would see a man sworn to protect her trying to break her down. And she would not give him that power. To him, she would be a stereotype: a black woman with a loud mouth. And he would want to teach her a lesson.

How can I simplify this for my daughters to understand? How do I raise my girls to be themselves, demand respect, and keep them protected? I guess this question is plaguing so many of us. It’s why I found reading Ta-nehisi Coates’ New York Times bestseller, Between the World and Me, so familiar, so heartbreaking, and so empowering. When I read the account of Mr. Coates’s conversation with the mother of boy killed by a white man because he refused to turn down his music, the words struck me to the core

Still, she was left wondering. “In my mind I keep saying, ‘Had he not spoke back, spoke up, would he still be here?’”

To keep my girls safe, I have to teach them the double standard that comes with their blackness? But you know who also needs to know this? White children.

A few weeks ago I suggested to some of the other school moms that we read Mr. Coates’s book together. The mostly white and Jewish women thought it was a great idea after we discussed our collective disgust of how Sandra Bland was treated and the onslaught of police brutality cases and video clippings that appear on our Facebook timelines.

“It feels like every week another black person is killed for some small infraction,” one mother said.

“It’s awful and when I see these killings. I feel so helpless. And there is nothing I can do,” another added.

“Actually, there is something you could do,” I responded. “Something all of you can do. You can talk to your children about race and racism. And while you’re at it, stop saying you teach your kids to be color blind. If your kids can see the different colors in a crayon box, then they are aware of skin complexions different from their own.”

Just because kids don’t ask about race doesn’t mean they don’t notice. And if parents don’t talk them about it, the media will.

White kids will eventually pick up that most of the black actors on children’s networks play comedic characters. Or that they can watch entire shows and not see one non-white person.

Maybe we all should start pointing out the lack of diversity in cartoons and stop telling our kids that we are all the same. Maybe our language needs to be that we are all different, and that is beautiful.

I’m not saying I know the proper ways to talk about race and race relations, but I am saying that we all have to. We owe it to our kids. We owe it to Sandra Bland, Michael Brown, Trayvon Martin, Tamir Rice, Emmett Till, and the many others who were judged first by the color of their skin and then forced to pay the ultimate price for it.